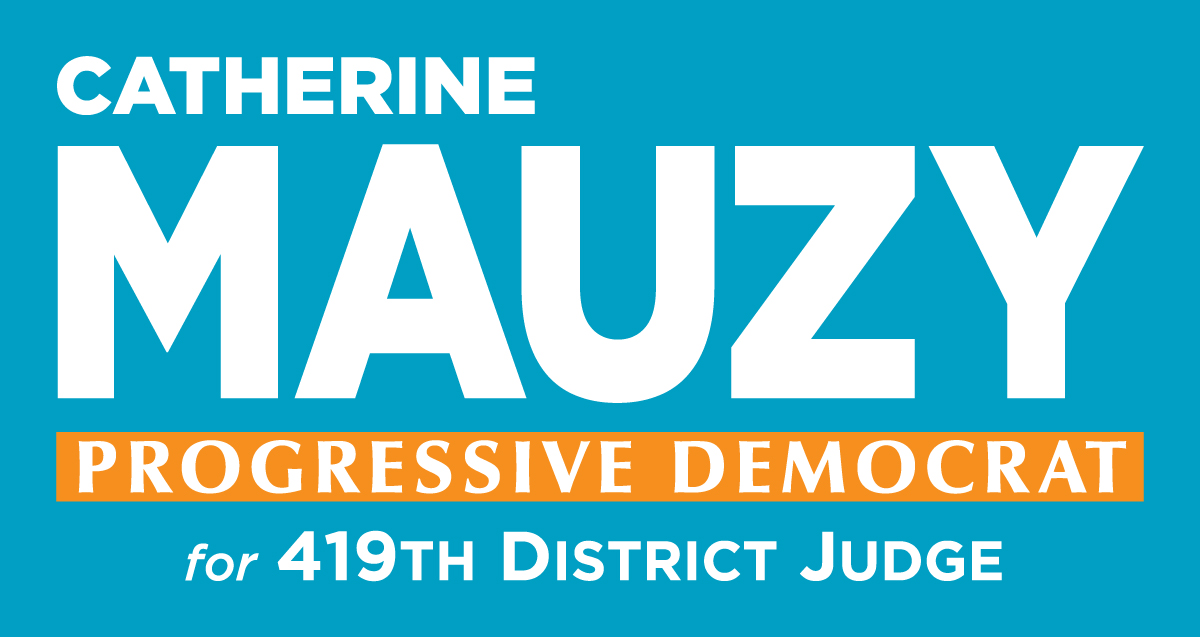 Catherine A. Mauzy is a progressive Democrat with a lifelong commitment to social justice. Catherine has the extraordinary experience and values to serve our community as District Judge in the 419th Civil District Court for Travis County. 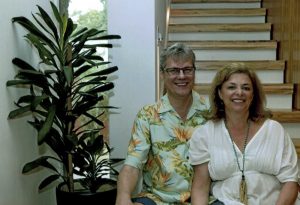 With almost 30 years’ experience as a trial lawyer, 20 years as a Board Certified attorney in Family Law, and as recipient of the 2011 Litigation Attorney Award from the Travis County Women Lawyers’ Association, Catherine Mauzy is qualified to serve as a district judge.

As a UT law student, Catherine lobbied the Texas Legislature for rights for students and tenants. Catherine then began her legal career as a consumer advocate with the Center for the Study of Responsive Law in Washington, D.C. When Catherine returned to Austin, she went to work as a civil litigator in the Travis County Attorney’s Office.

Catherine is a Democrat through and through. Since she was a teenager, she has worked, volunteered, and donated to hundreds of progressive causes and Democratic campaigns. She worked countless hours on the campaigns of Lloyd Doggett for U.S. Senate and U.S. Congress; Ann Richards for Governor; Gonzalo Barrientos for Senate; Kirk Watson for Senate; Glen Maxey for State Representative; Chris Riley for City Council; Steve Adler for Mayor; and many, many others.

Catherine has spent thousands of hours working pro bono on cause-oriented litigation. For example, she was one of the lead counsel on the case of Goodfriend v. DeBeauvoir, which resulted in the court ruling that allowed the marriage of the first same-sex couple in the history of Texas.

Catherine lives with her partner Hans in Austin’s Shoal Creek Neighborhood. Hans is an immigrant from Sweden and works as a solar-energy engineer. In addition to hosting political events and fundraisers for good causes at their home, Catherine and Hans enjoy hosting events for friends and family, especially the annual Swedish Midsommer Festival (celebrating the start of summer). Catherine’s stepdaughters, Adrienne and Lauren, are also Austinites—and Catherine taught them to campaign door-to-door when they were still in elementary school. That’s fortunate, because now they are ready to hit the campaign trail for her. 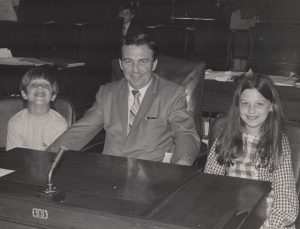 Some of Catherine’s social and political activism comes from her roots . Her father, Oscar Mauzy, was one of the great progressive leaders in Texas. Oscar was elected to the Texas Senate, where he fought countless battles on behalf of workers and people of color. In 1986, Oscar was elected to the Texas Supreme Court. Justice Mauzy’s legendary commitment to public education culminated in his authorship of the Court’s unanimous opinion in Edgewood v. Kirby, which declared unconstitutional the State’s inadequate funding system for public education.

Every trial lawyer wants to appear before judges who know trial procedure and who understand and respect the pressures and demands of the trial process on lawyers and their clients. Every litigant wants a judge who both knows the law and is fundamentally fair and just. Catherine’s extensive, successful courtroom career and her deeply held personal values will make her exactly that type of well-qualified judge.